A retroactive manifesto for the city of Venice

A vision is a forecast, a matter of planning or it is a fake.

Today reality is much more strong of any possible forecast, as we have understood looking at the recent events all over the world. Starting from the 9/11 till the new internet guided revolutions in the north african arab countries and the strong earthquake happened in Japan that leaded to the tremendous tsunami and the nuclear accident, all of us have seen events all over the world we hardly believe in if they were set up in hollywood movies.

Intending visions on the city as a way to forecast urban conditions the city itself can embody in its real development, we think it is a not relevant procedure: reality in itself will overcome every vision.

The contemporary city as an urban field accepts many and many interacting forces in continuous spontaneous flourishing and decomposing. The only way to work on it is to loose themselves in the sea of the acting forces; and from the inside try to insert local perturbations to the temporary equilibriums: only local reactions to the forces in action in a specific moment on the city can be provided.

No more global visions can be considered useful to plan in detail the transformations of the city. Global visions on the city could work only as main references: images can represent the city relating it to not-actual conditions forcing reactions in order to produce new ideas of its future, different or not from the directions of development the city seems following. No forecasts neither planning. Today vision can be intended only as fake or as an hallucinated dream.

Fakeness is today an highly diffused procedure to re-invent things, re-creating them better then before in new phantom images. And this is a trend on web, where a huge amount of pictures create false images representing famous celebrities with body changed in best, sometimes exaggerated, or representing them in situations never occurred, often situations far away their real life style. The aim is to change the actual condition and the destiny of the people represented. The idea is to double their lives in a parallel destiny never occurred but plausible. It is the “sliding doors” syndrome: a life is represented while another one of the possible lives might have occurred. Indeed, fakeness is to produce a parallel reality stronger than the existing one. And obviously on the web the huge amount of the fake images are oriented on intimate exposition: fake images represent celebrities with hypertrophied bodies or involving them in intimate relationships never occurred.
The fakeness involves the much more deep private dimensions: the fake is the tool that can imagine new realities opposite to the real one leveraging on the inner structural condition of life.

And that is Fake Venice: a place in which some conditions never realised before are forced to develop in the city. The bodies of the city become hypertrophied.
The Fake Venice represents a plausible development of the city: one future in the range of its potential developments. The Fake Venice decided to fall in love with certain realities and certain dynamics of the contemporary world that the existing city has always refused to meet and really never met. 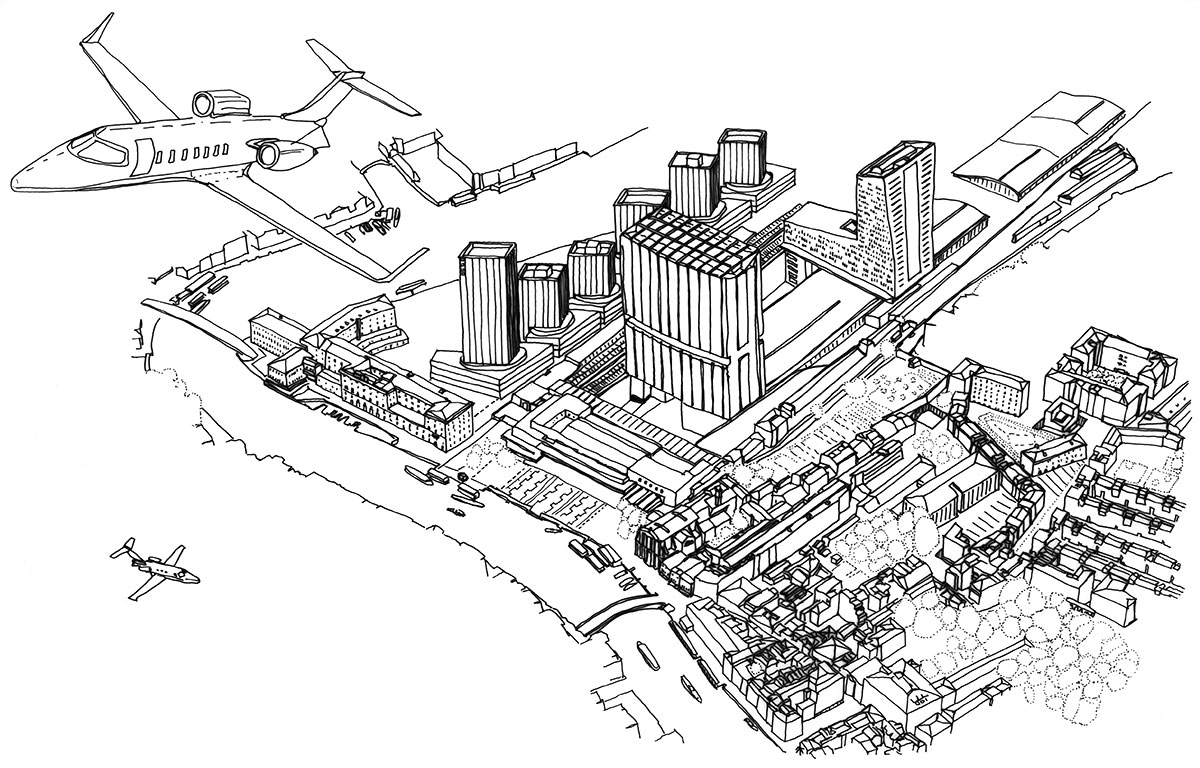 Fakeness is a sort of dream.
A dream that is a way in which our sub-conscious during the most intense and deep phase of sleeping guides our mind to elaborate new relations and connections between experiences occurred and not, between reality and fantasy.
Mixed informations define new stories and new realities: useful or not, reproducible or not, used or not as a direction for the real life.
They remain only a fake, an altered reality but for a while they could appear as a spot of an incoming far away future.

Fake Venice is a reflection on fakeness and the future of a city. It reflects on the “potential being”: it focuses on one of the potential Venice that have not been realised.
It is the B side of a ”sliding door” Venice existence.

And as the mask hides the face so the beauty of Venice hides its strong reality, its sharp edges. In the back of the beauty an unexpected counter-reality is hidden: a black soul addicted to the brand new realities picked up all over the world faces the white one absorbed in its cloud of beauty.

As if we were new contemporary Canaletto living in Venice we might reproduce images of the city: images of a 2011 Venice deep involved in the dynamics and in the urban conditions happening all around the world today. 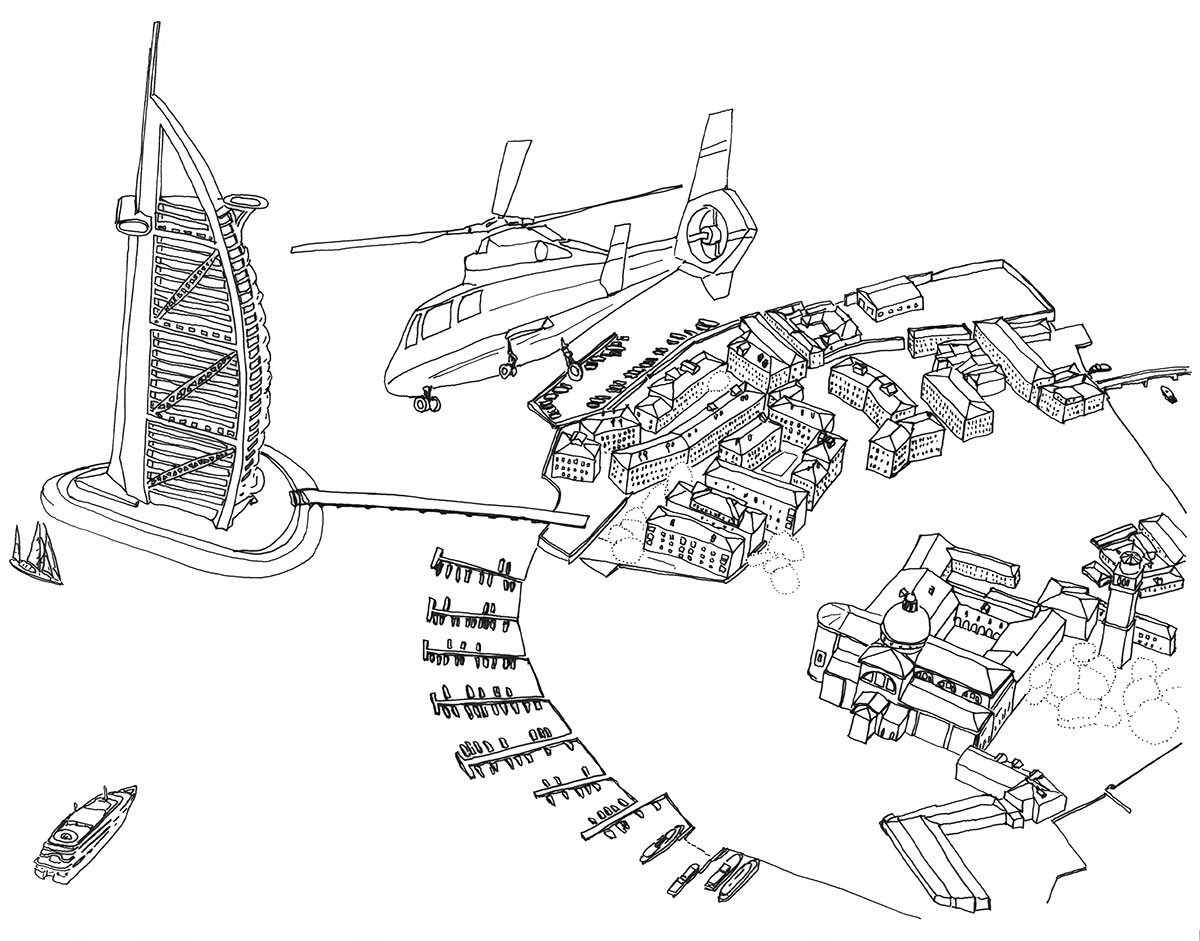 Probably no answer is possible. The only thing is to restart moving making a quick jump into the reality, whatever it is. It will be possible to make mistakes but the city will be living again, in the real world. 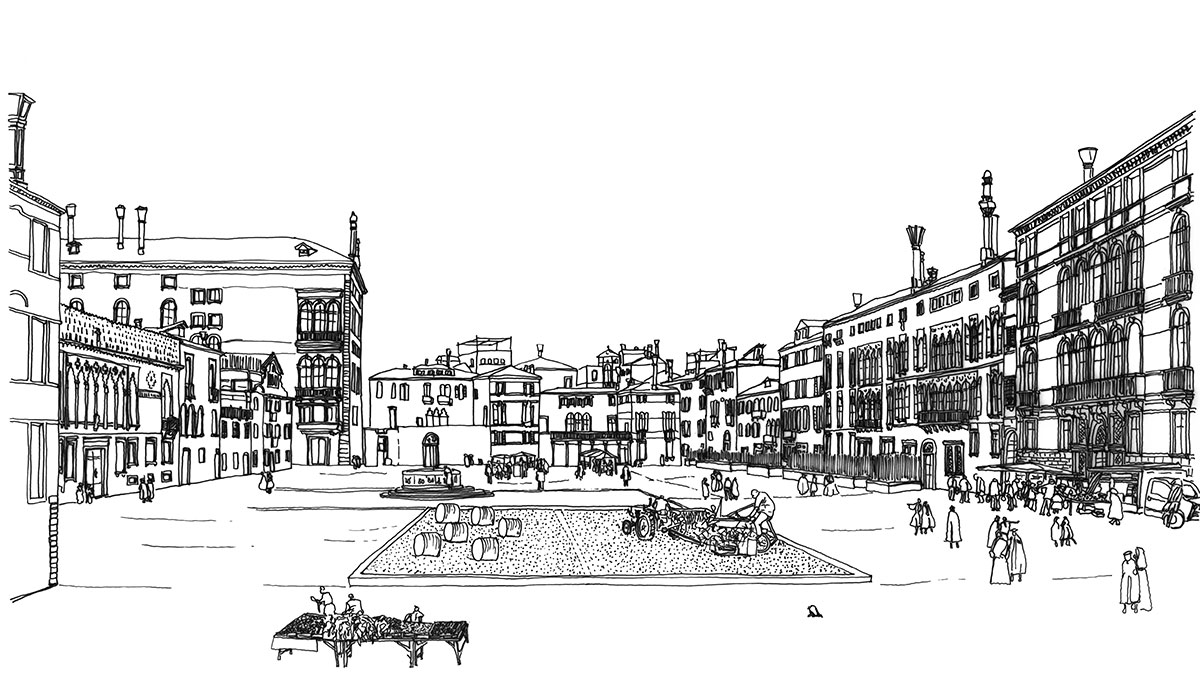 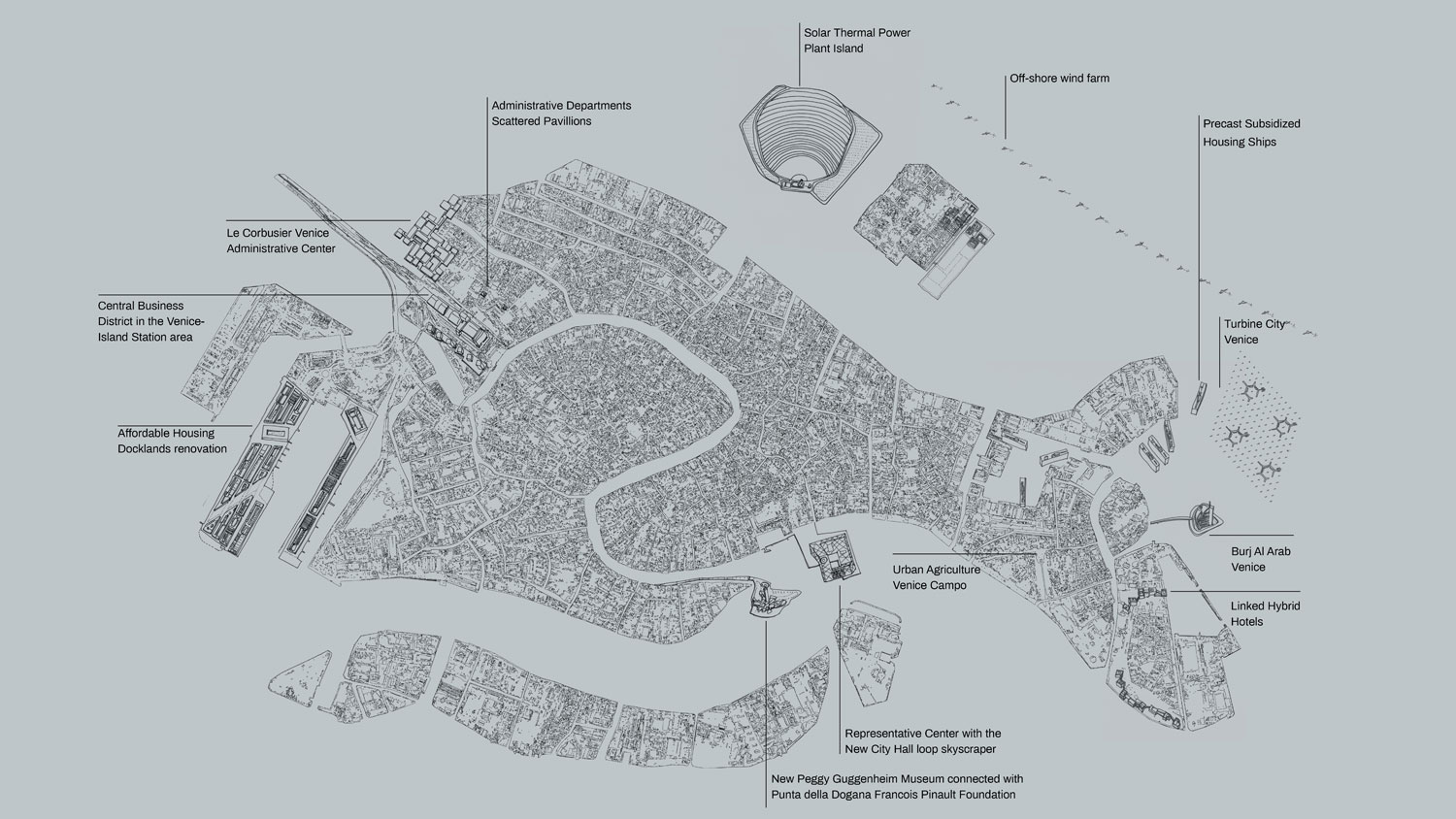 INFO
Project for a retroactive manifesto for the city of Venice, a Vision of the city as a fake of an alternative present condition never realised.